Foraging for food is one of my favourite things. First - the thrill of the chase, to track down some wild, but tasty, foodstuff. Then the stuffing of pockets and bags. Finally, the joy of creating something that, if not entirely free, certainly of smaller cost. 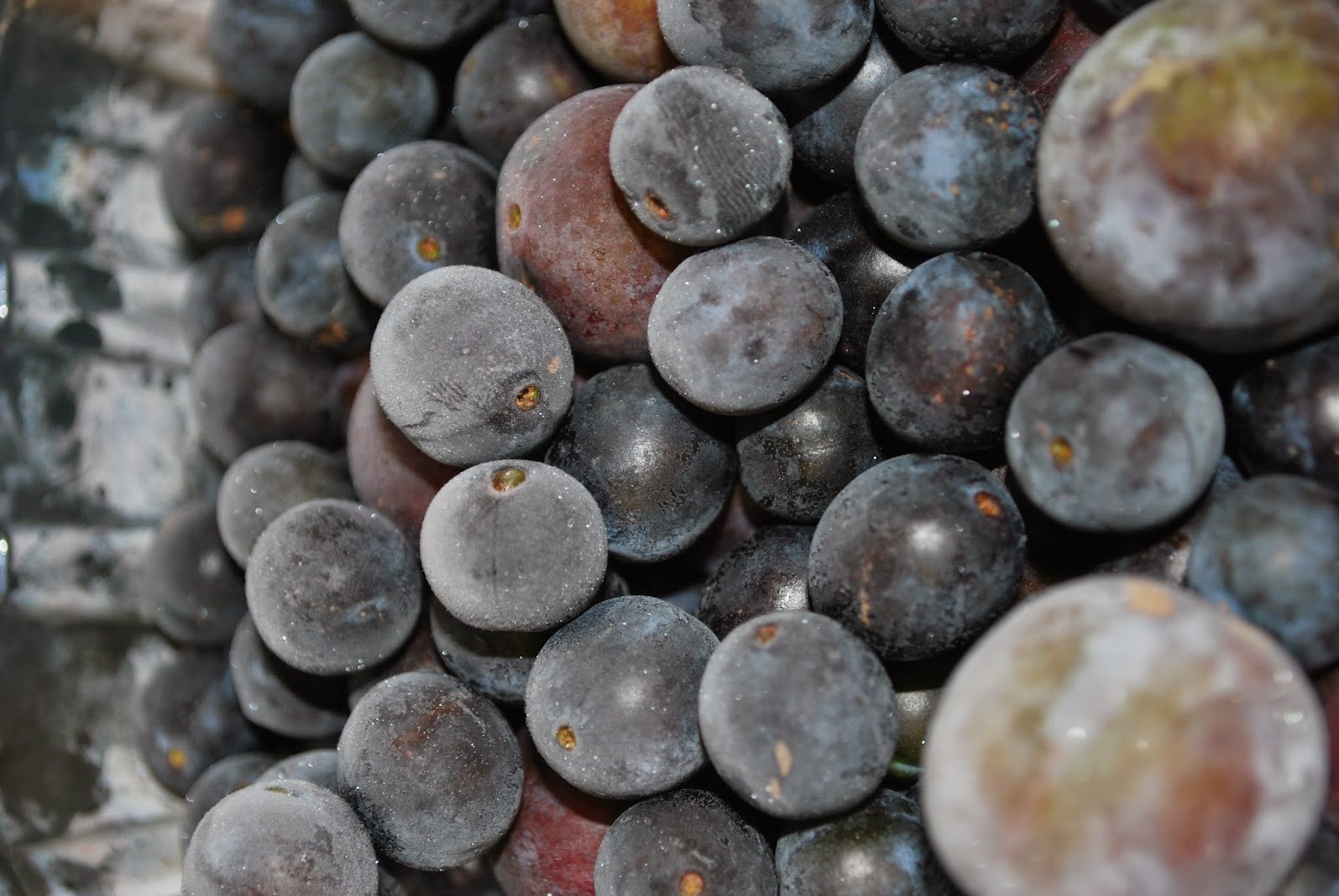 Wild plums, here, encompasses damsons, sloes and bullaces. The apple is added to mellow the bitterness and provide a little extra pectin. I also had to add lemon juice, as mine initially wouldn't set (I also added too little sugar) and had to reboil (which sadly loses some of the wild plum flavour and makes it a little "caramelly" in flavour.) This jelly is good with game or other "rich" meats, but could just as easily be spread on toast, or in jam tarts, if that's your preference. 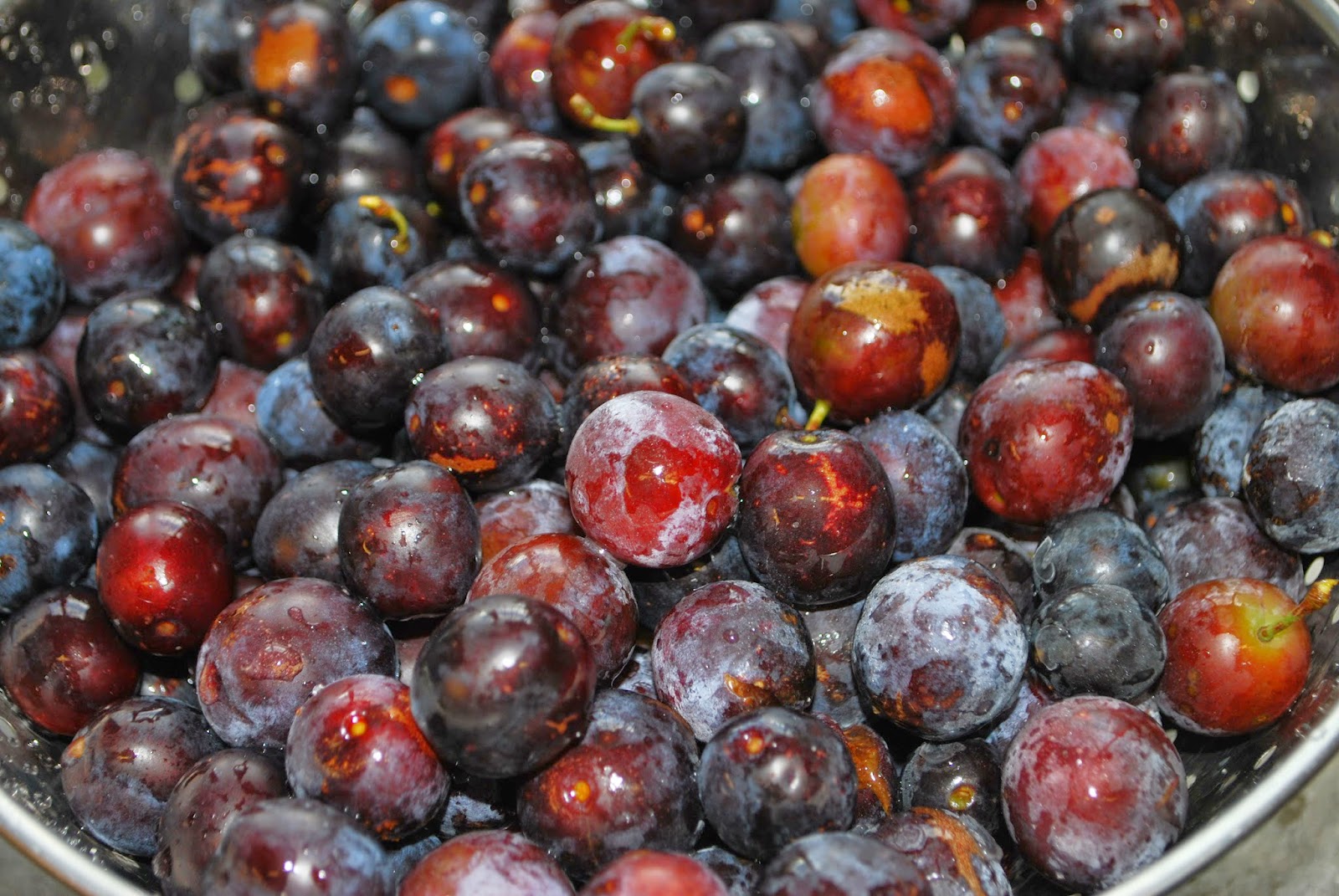 The plums were picked over the course of two weeks, as they ripened, and stored in the freezer (whole) until enough were gathered, as it was such a short period of time. If I was going to keep them for longer, I would consider removing the stones first, as they can make the plums (more) bitter.

Ingredients:
2 kg wild plums (I used a mix of damsons, sloes and bullaces)
750g cooking apples (I used underripe bramleys and a few windfalls of indeterminate breed)
2 tablespoons lemon juice
1.8 kg granulated sugar (ish - will depend on your juice yield)

1. Place plums in a large pan with 1 litre of water. Cook over a gentle heat until the plums have broken down (this can be assisted with a potato masher.) 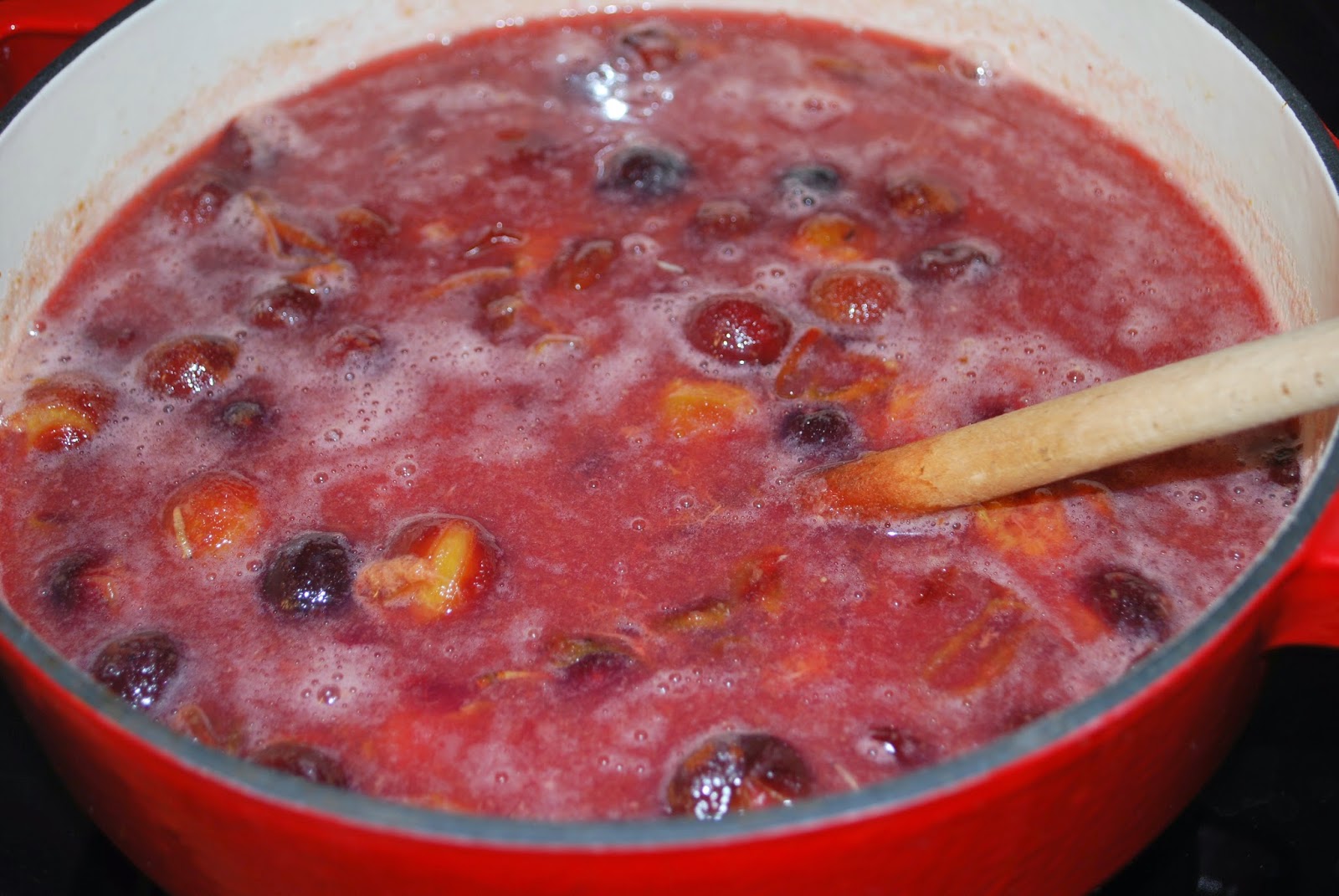 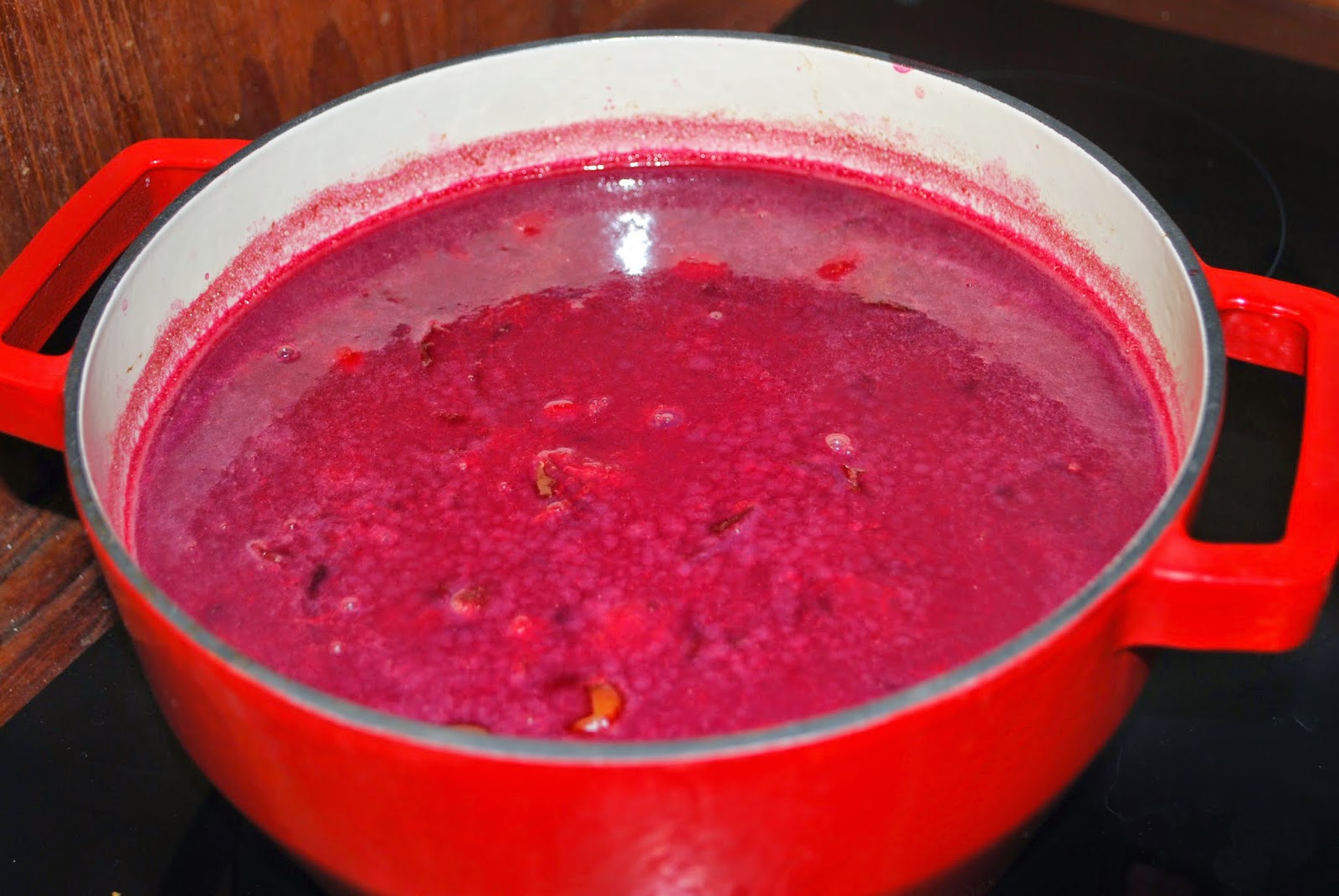 2. Tip the mush into a jelly bag over a large bowl and leave to drain.
3. Place the apples, roughly quartered, but not peeled or cored, into the same pan (don't bother washing it!) with 500ml of water. Cook as for the plums.
4. Add the mush to the jelly bag and leave to drain overnight.
(Optional: after 30 mins, empty mush back into pan, add a further 500ml of water and simmer for a further half hour, then tip back into the jelly bag and leave to drain overnight - I did this, but don't think I would bother next time, I think I just diluted the extract)
5. Measure the juice (I got 2 litres) and allow 900g to 1kg of sugar per litre. Don't add the sugar yet.
6. Put clean jam jars in the oven to sterilise. 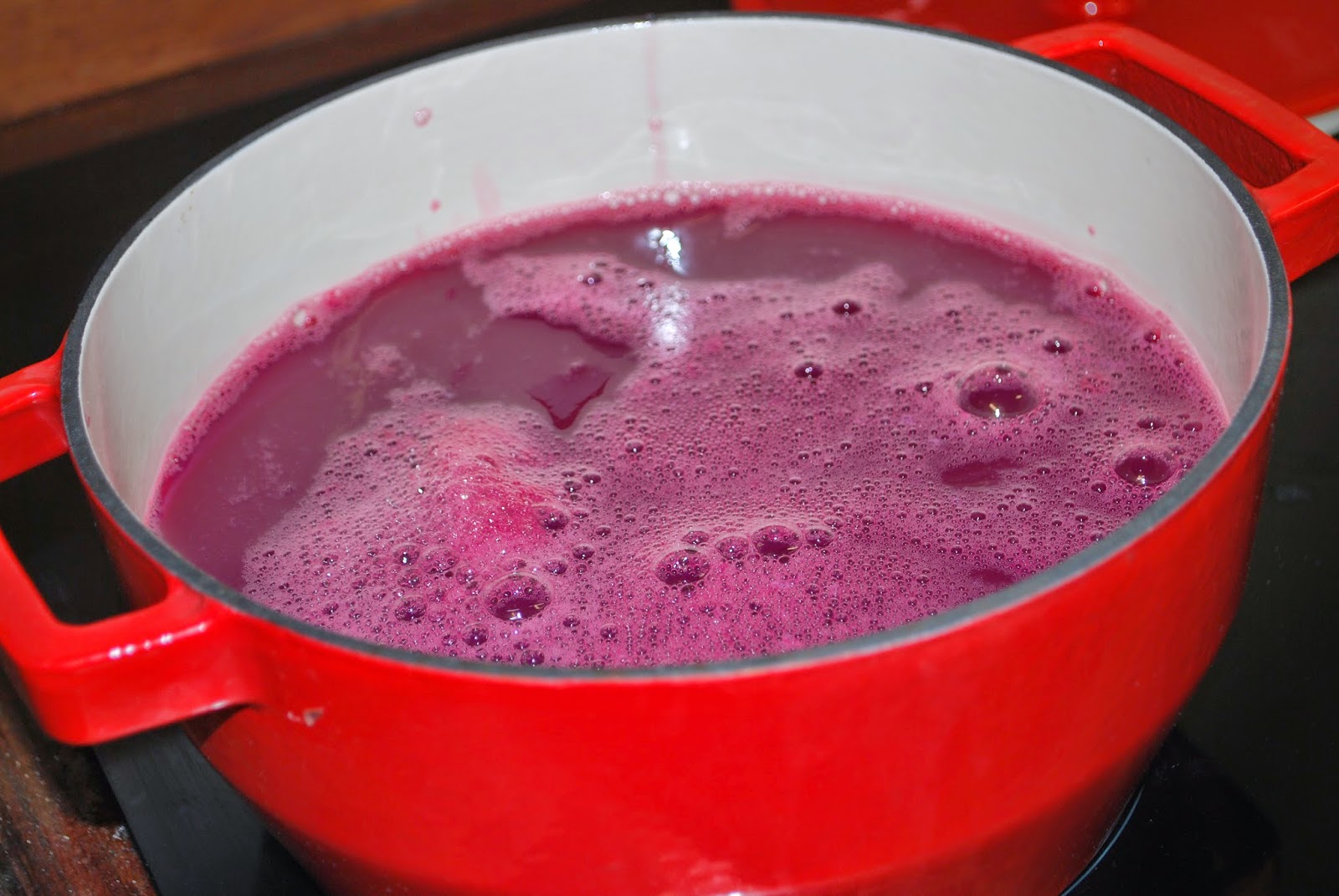 7. Pour the juice into a very large pan and bring to the boil. Stir in the sugar until dissolved, then return to the boil. Boil until the temperature is ~108C on a jam thermometer, or until your chosen method indicates that the jelly will set.
8. Pour hot jelly into hot jars, and put the lids on. Leave the jars undisturbed to set overnight. 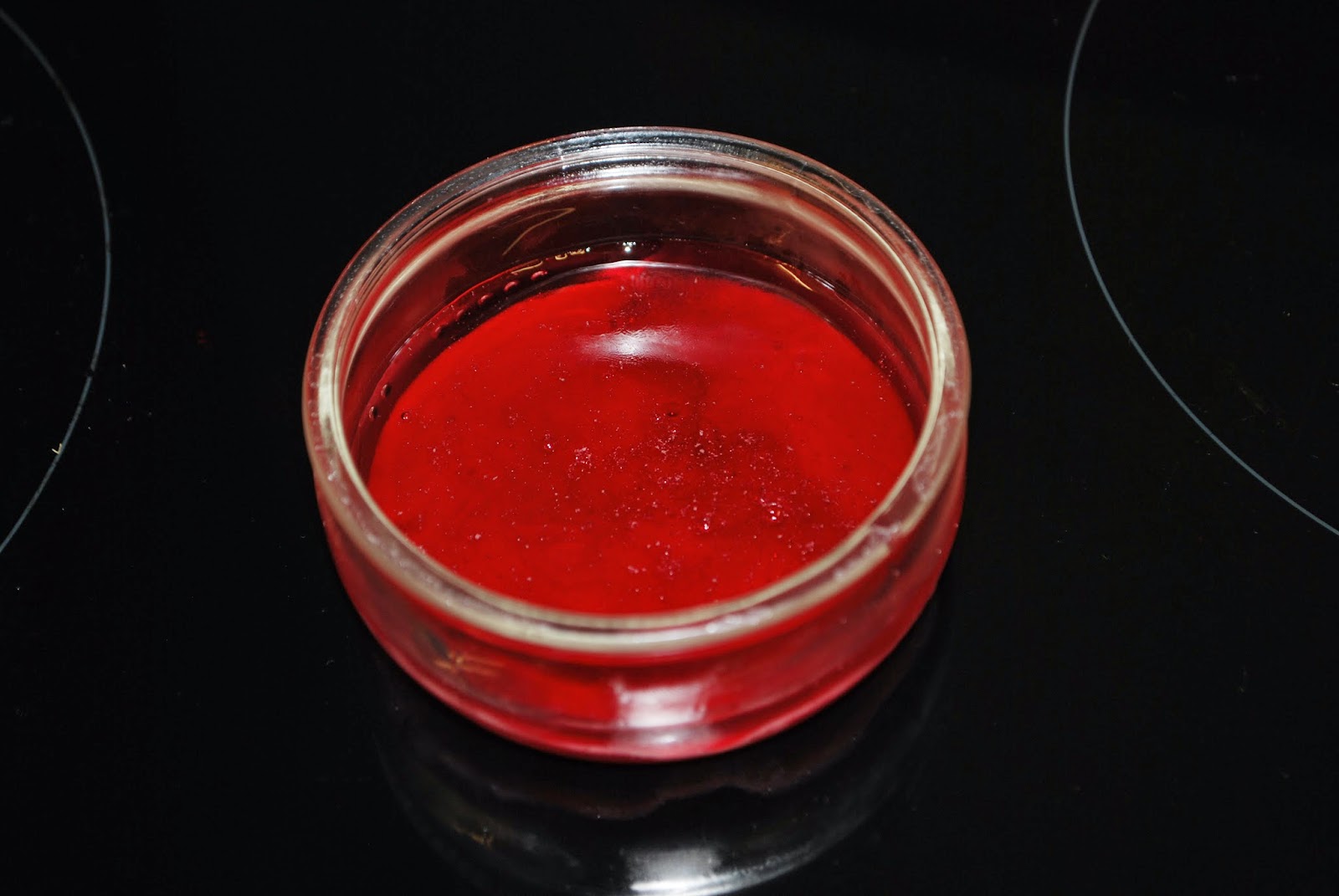