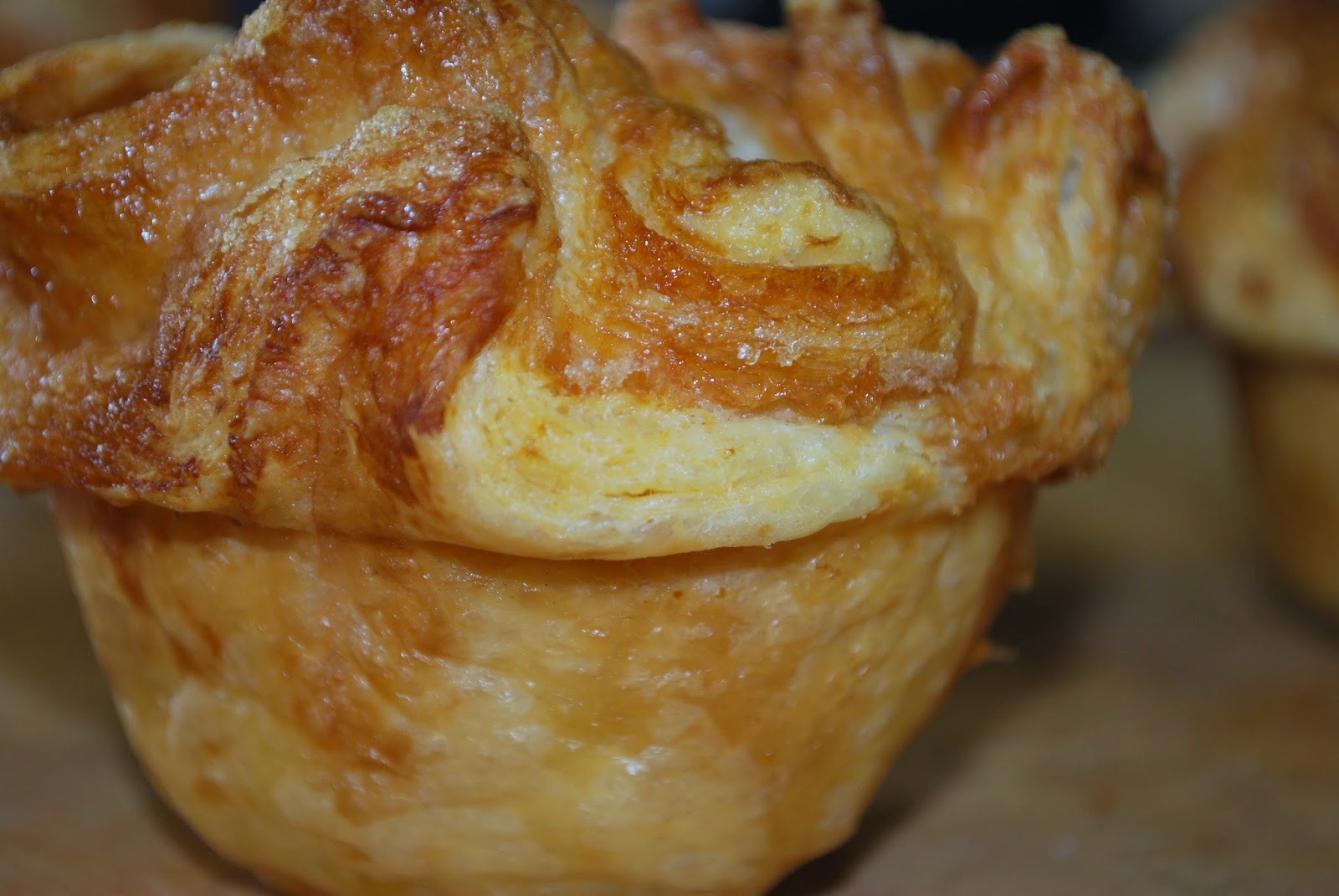 Pastry week! Surprisingly, this technical bake was actually quite easy. Obviously I had the full recipe, and wasn't left guessing, unlike the bakers in the tent. 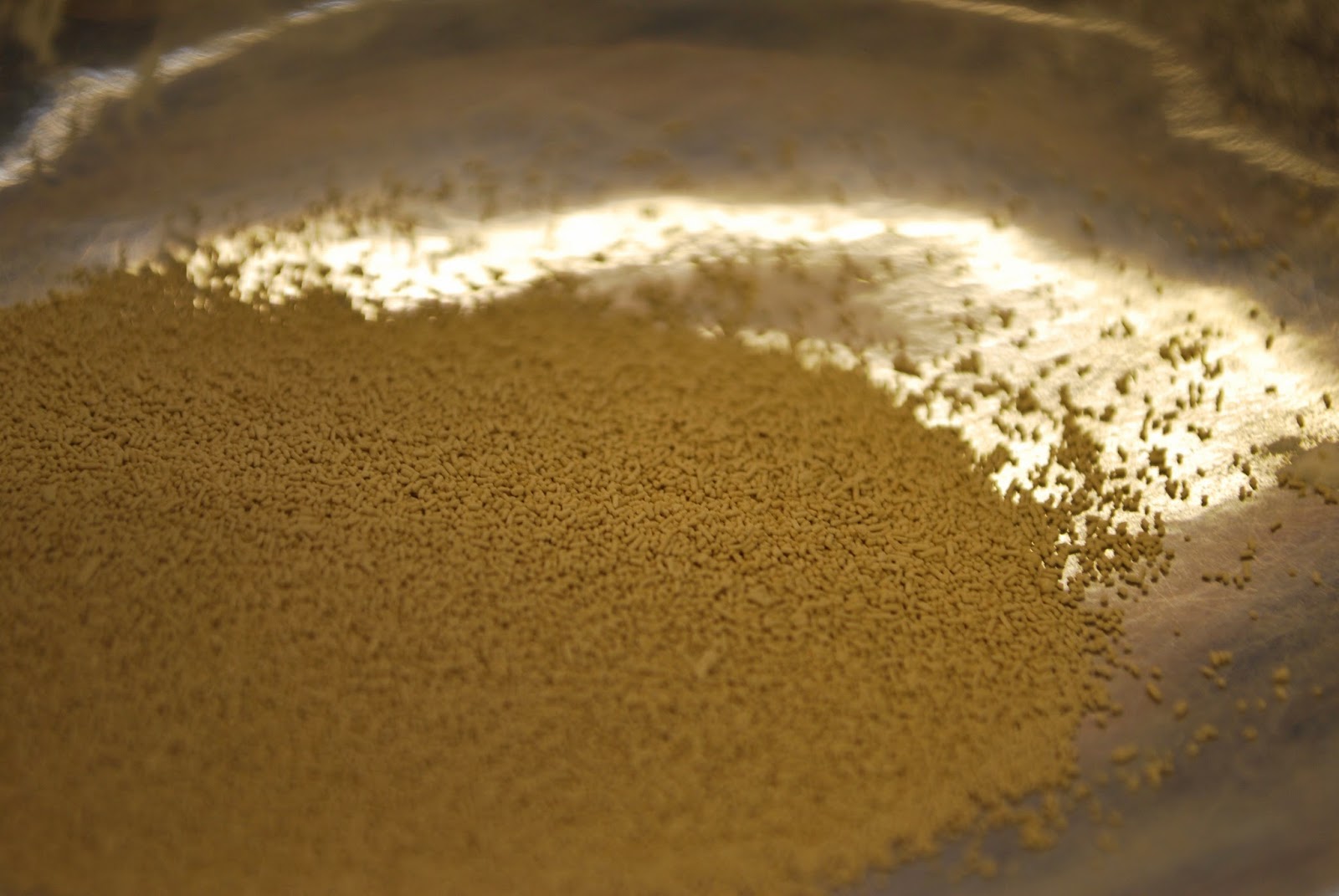 However, there was no horizontal slicing of sponge, and relatively little ooze, just plenty of patience and refridgerating and rolling out. 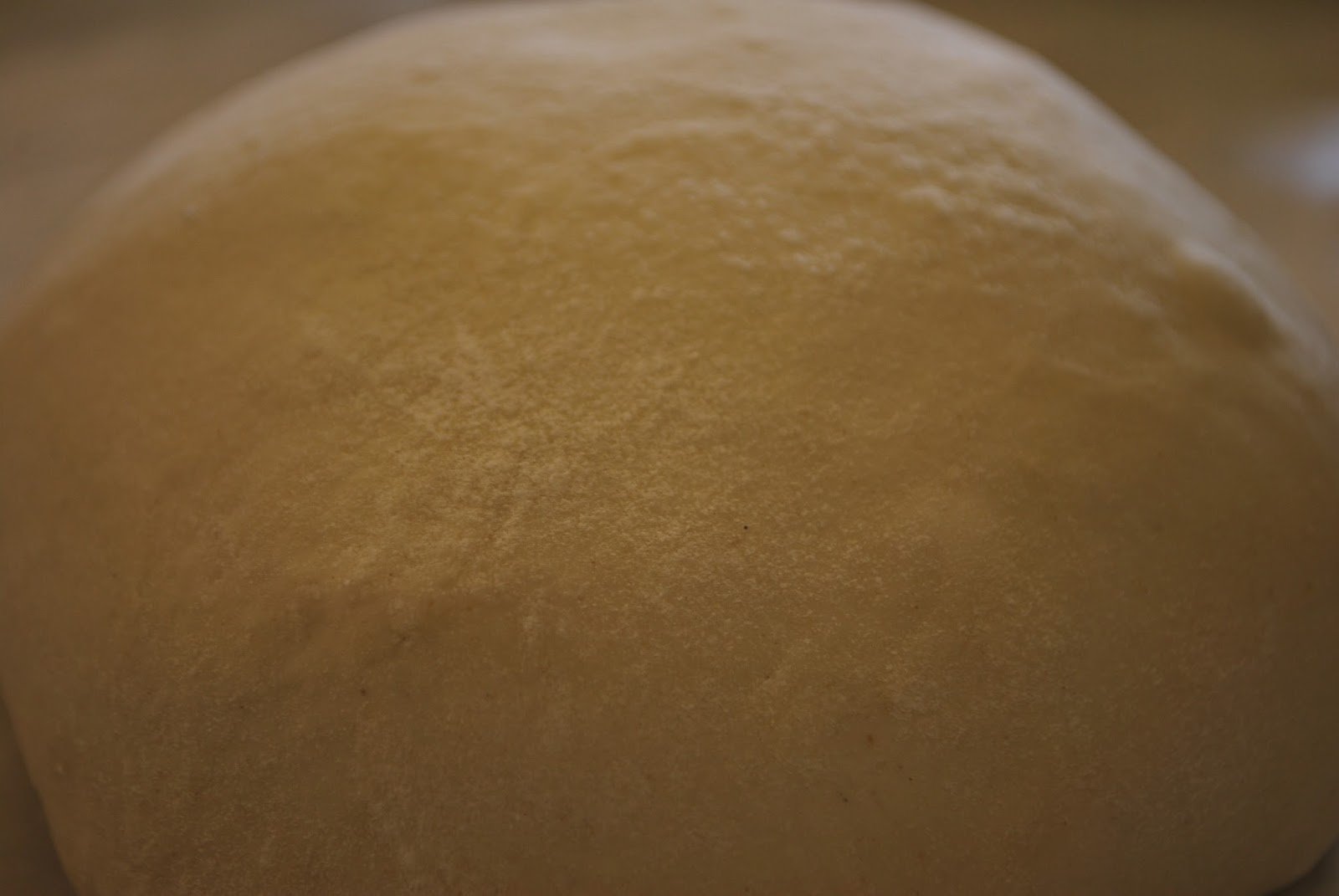 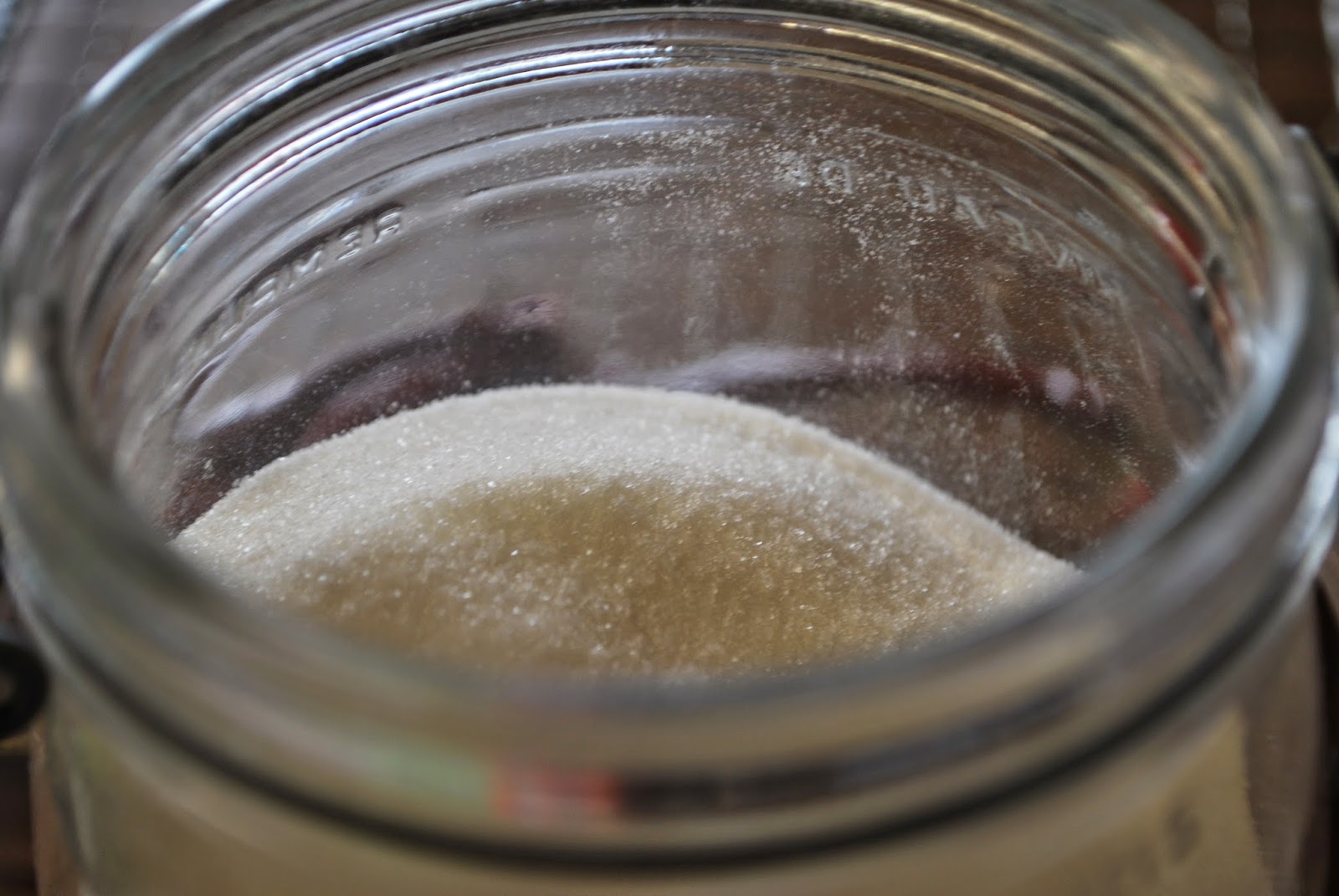 Very peaceful, and I could put a load of laundry on at the same time. 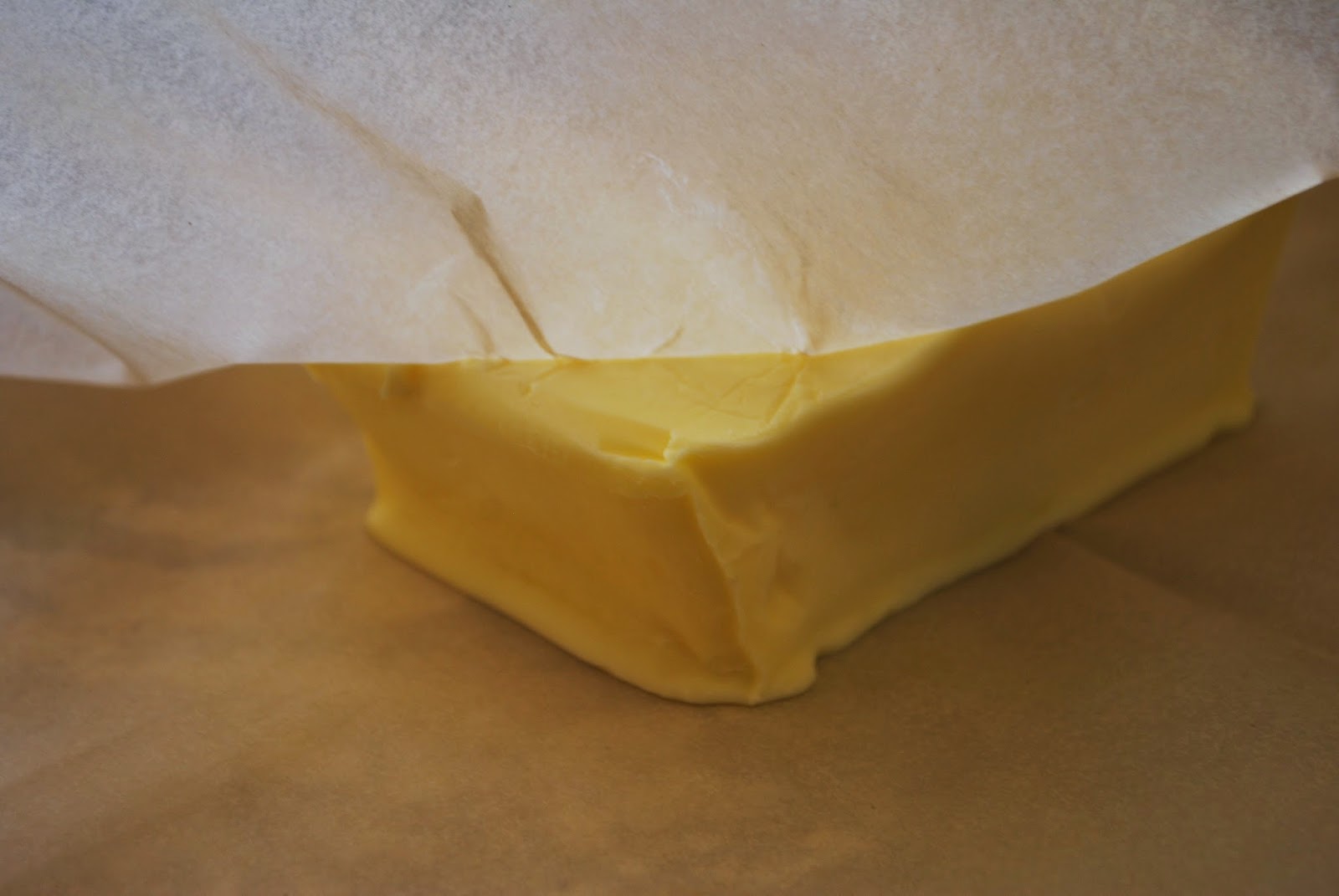 The only trouble I had with it was when I didn't flour my surface well enough and one or two layers of laminations decided to remain attached to the surface. But, even this wasn't too tragic. 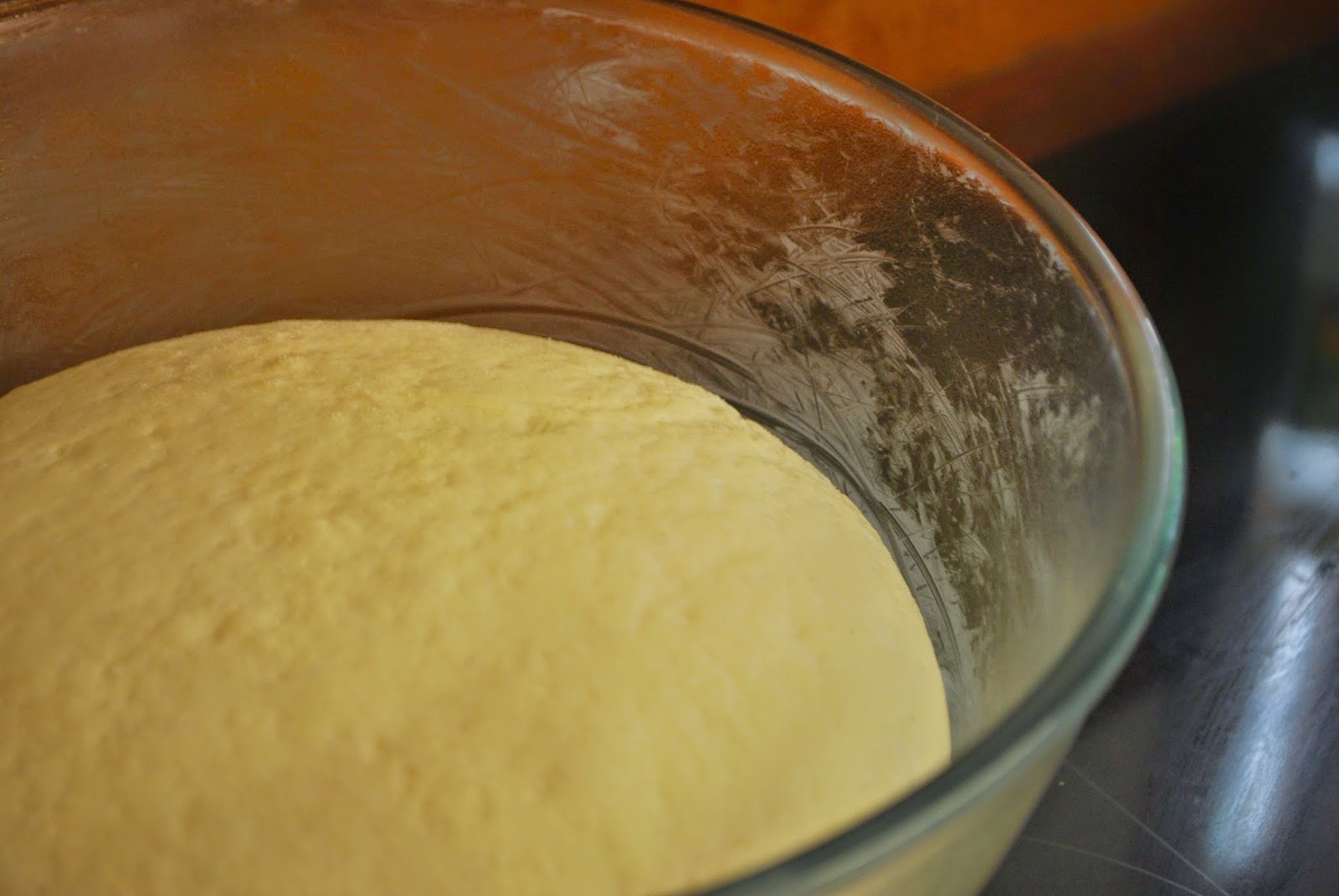 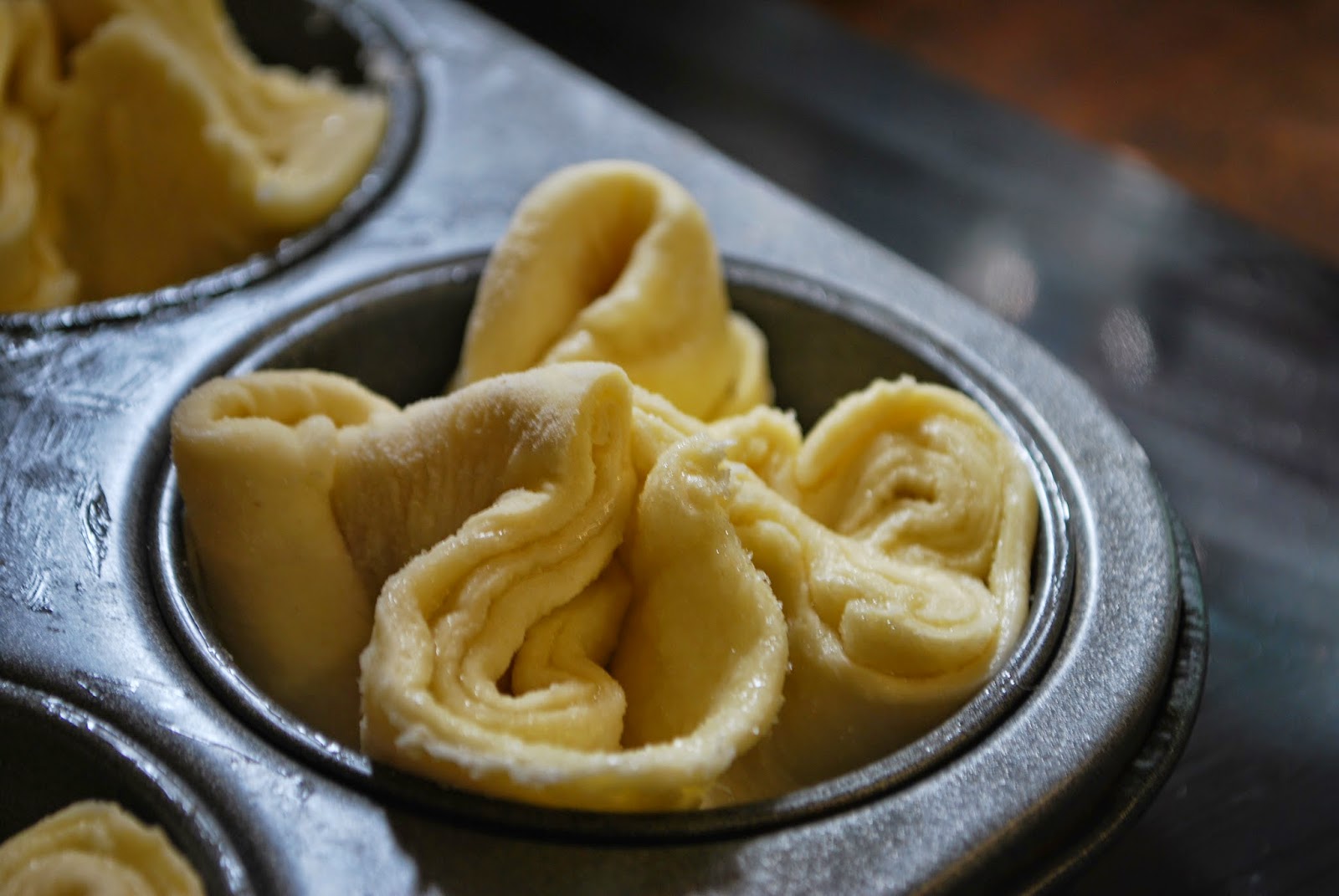 I struggle to roll things into even shaped rectangles, so some of the kouign amman were bigger than others, but they were very tasty and have quickly disappeared into my friends and family! 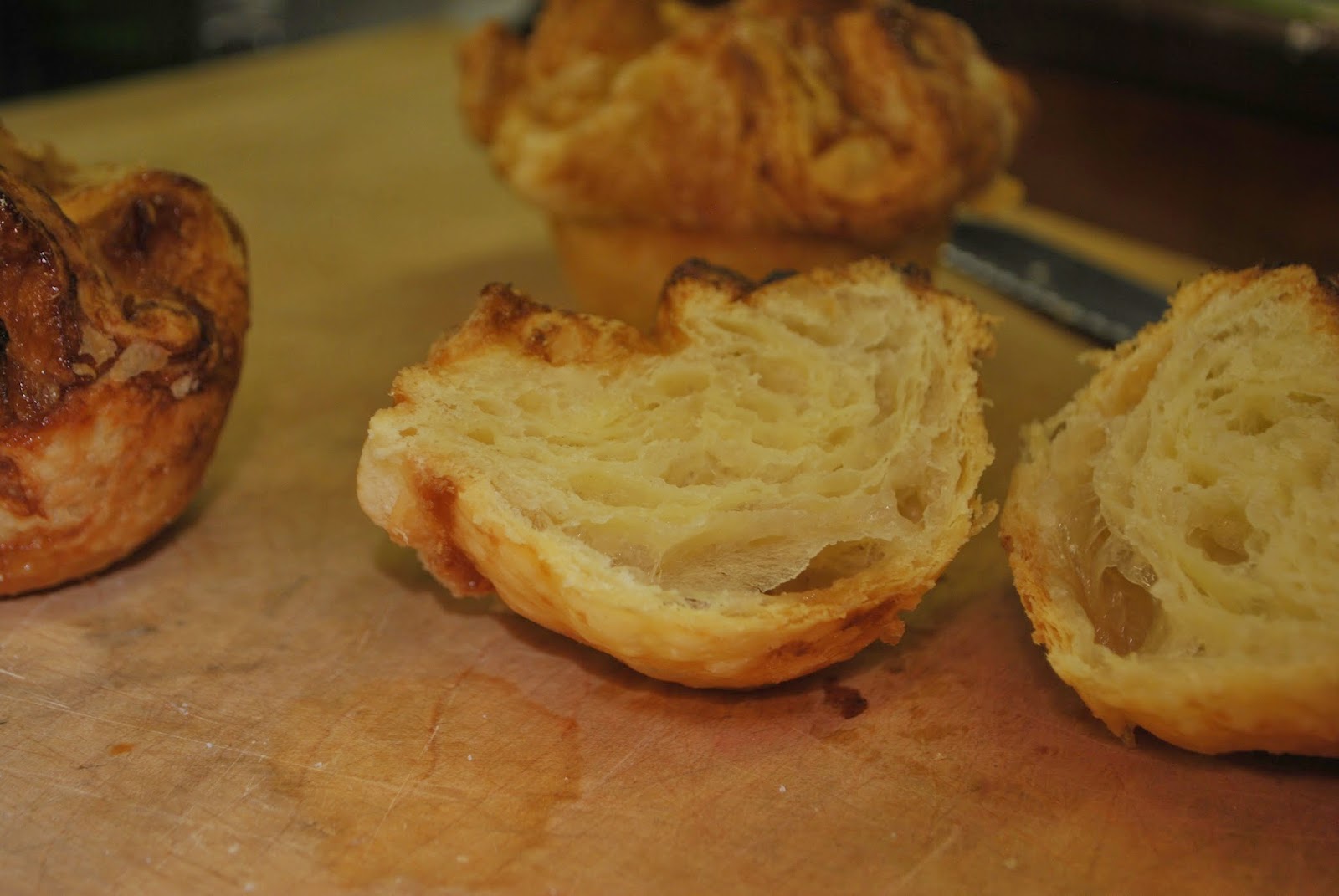 Preparation method
1. Put the flour into the bowl of a freestanding mixer fitted with a dough hook (Yeah... I don't have one of those... back to the spirally dough hooks in a hand held mixer). Add the yeast to one side of the bowl and the salt to the other. Add the water and melted butter and mix on a slow speed for two minutes, then on a medium speed for six minutes.
2. Tip the dough onto a lightly floured work surface and shape into a ball. Put into a lightly oiled bowl. Cover with cling film and leave to rise for one hour.
3. Sandwich the butter between two sheets of greaseproof paper and bash with a rolling pin, then roll out to a 18cm/7in square (This is strangely therapeutic, but don't lose track of how big it is getting!). Place in the fridge to keep chilled.
4. On a lightly floured surface, roll out the dough to a 20cm/8in square. Place the butter in the centre of the dough diagonally, so that each side of butter faces a corner of the dough. Fold the corners of the dough over the butter to enclose like an envelope.
5. (Re-flour the surface) Roll the dough into a 45x15cm/18x6in rectangle. Fold the bottom third of dough up over the middle, then fold the top third of the dough over. You will now have a sandwich of three layers of butter and three layers of dough. Wrap in cling film and place in the fridge for 30 minutes. This completes one turn. 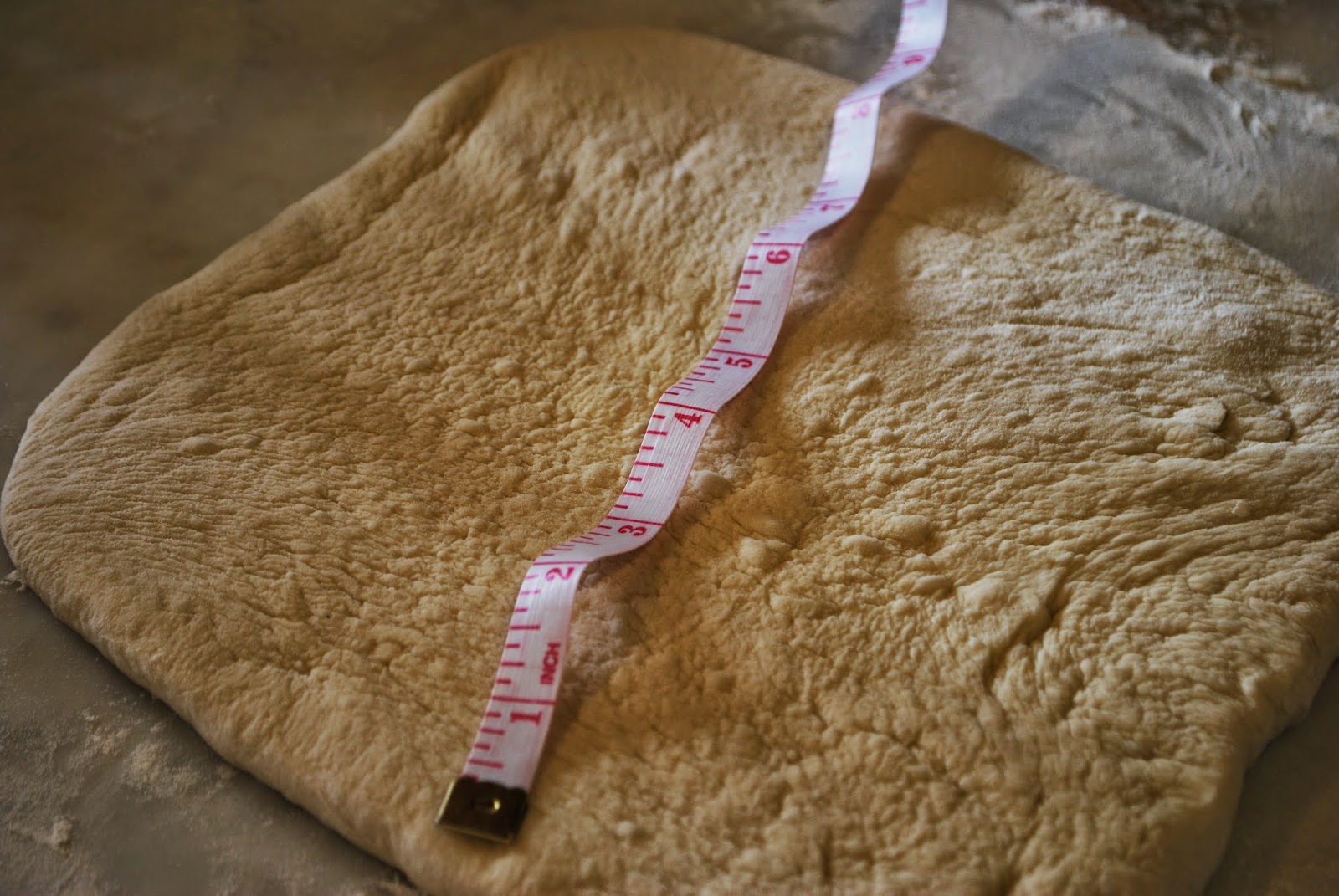 6. Repeat this process twice more (re-flouring the surface between each roll), so you have completed a total of three turns, chilling the dough for 30 minutes between turns.
7. Roll the dough into a rectangle as before. Sprinkle the dough with the caster sugar (I sprinkled around 80-90g here) and fold into thirds again. Working quickly (or the dough will start to ooze syrup and stick to everything), roll the dough into a large 40x30cm/16x12in rectangle. Sprinkle the dough with caster sugar (I sprinkled 10-20g here) and cut the dough into 12 squares.
8. Grease a 12-cup muffin tin well with oil. Gather the dough squares up by their four corners and place in the muffin tins, pulling the four corners towards the centre of the muffin tin, so that it gathers up like a four-leaf clover. Sprinkle with caster sugar (I used additional sugar here, about half a teaspoon per kouign amman) and leave to rise, covered with a clean tea towel, for 30 minutes until slightly puffed up.
9. Preheat oven to 220C/200C(fan)/425F/Gas 7. Bake the pastries for 30-40 minutes, or until golden-brown. Cover with foil halfway through if beginning to brown too much. Remove from the oven and leave to cool for a couple of minutes before turning out onto a wire rack. Be careful not to burn yourself on the caramelised sugar, but don’t leave them to cool for too long, or the caramelised sugar will harden and they will be stuck in the tin.
10. Serve warm or cold.

As usual, I am entering this into Mummy Mishaps Great Bloggers Bake Off 2014 and Supergolden Bakes #GBBO Bake Along. 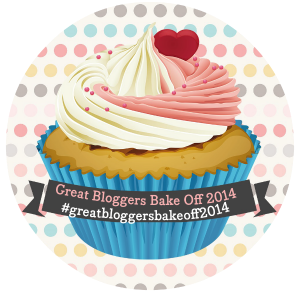 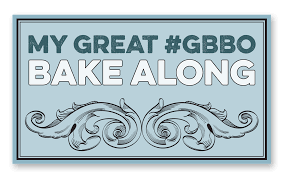 Mmmm, kouign amman. Like a sugary croissant with even more calories! 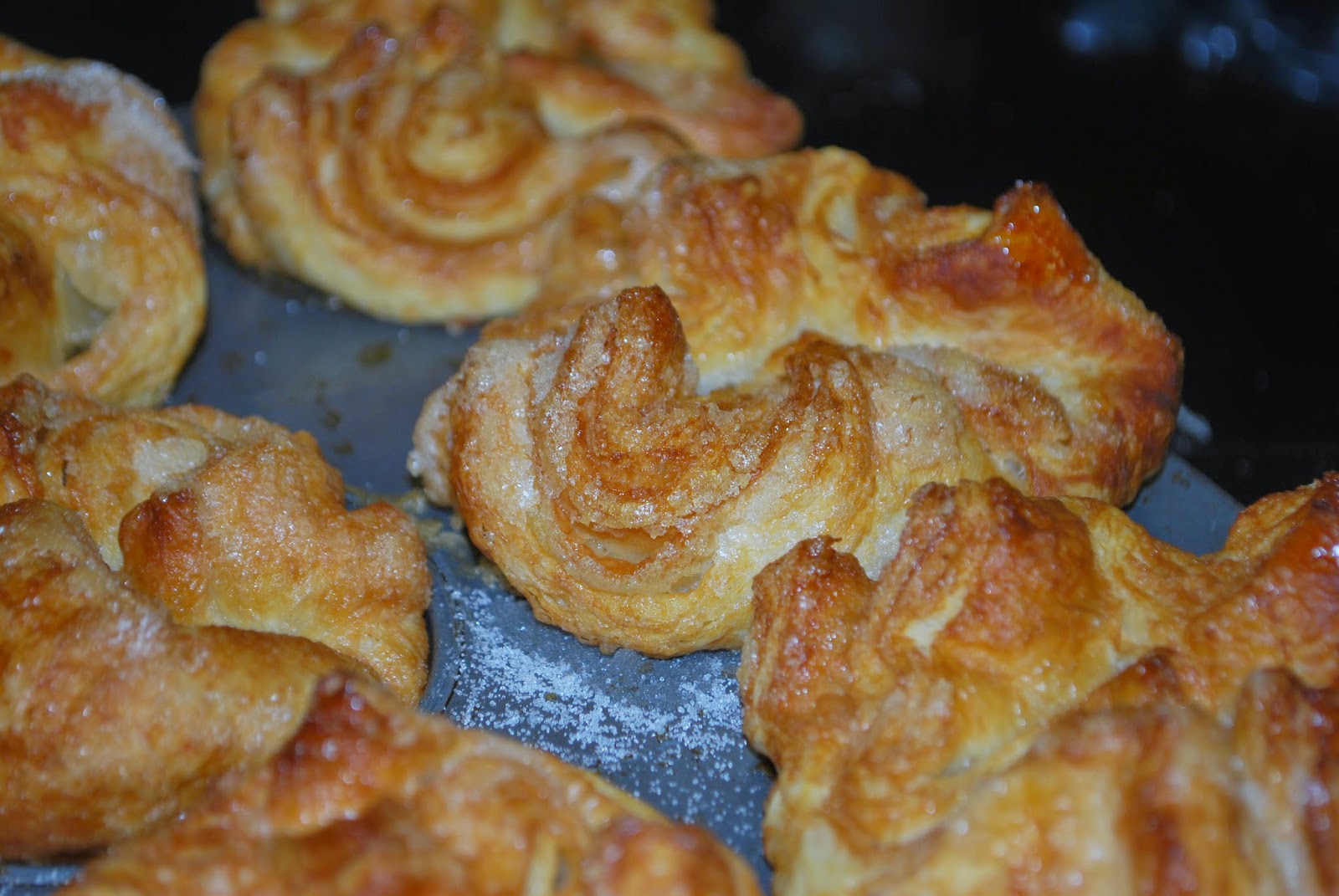 I made these too and they were easier than expected and very yummy! Your look lovely x #greatbloggersbakeoff2014