The second set of photos from my trip, (there are many more, but I'd rather tell you about things in the present next time, rather than nearly a month ago!) to make things more exciting, I have decided to only show you black and white ones. 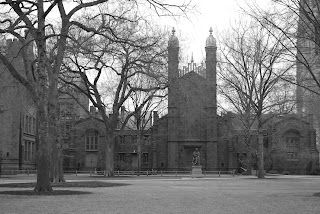 The Old School at Yale University. 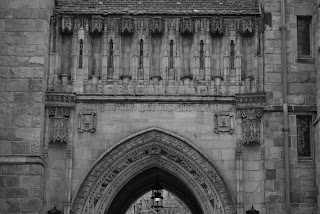 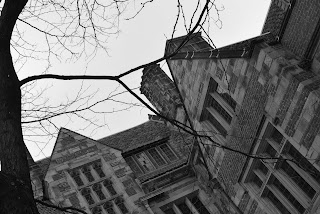 One of the colleges - all built in the Gothic style, but ever so slightly more modern.

Now, onto Coney Island. The American School Friend was a little concerned that so little was open and thought I might be disappointed. I was not. I was delighted. No crowds, and empty, "dead" rollercoasters to photograph. 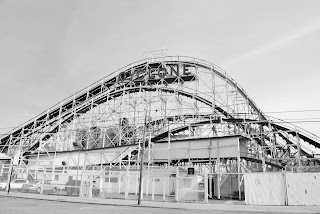 Cyclone - a rollercoaster, which originally opened in 1927 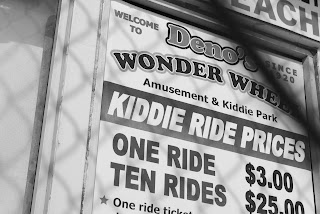 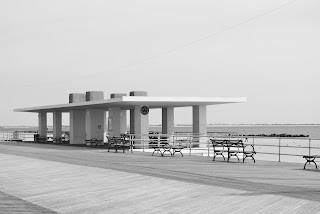 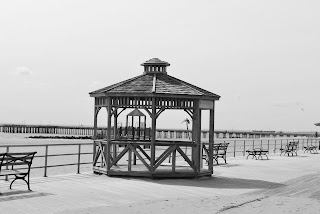 Thus concludes the American Holiday of 2012.
Posted by Beckie at 18:08

Thank you, I was cheered to read your compliment (and I resisted the urge to play it down!)